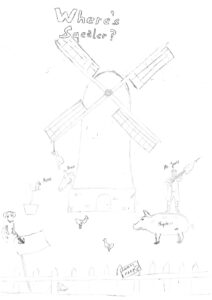 On February 11th 2022, all 10th grade students watched an English play in the municipal theatre of Ingolstadt. The six British actors performed George Orwell’s novel ‘‘Animal Farm“, but in a modernized version.

Since the novel is about animals, their rebellion against exploitation by humans and the utopian image of a better world for them all, you would typically expect a rural setting, with the actors wearing animal suits and a countryside-location, but neither of those two assumptions were true. It was a minimalist stage.
The actors wore normal casual clothes, like hoodies and lumberjack shirts, which made them look like farm workers. Moreover the farm location was a bunch of sticks which were attached in several ways to variable scaffoldings in order to look like different buildings of “Manor/Animal Farm” such as a windmill, a barn and barricades. It only took the actors seconds to change the setting, which was very clever. The background of the stage was merely black, maybe a dark foreshadowing of the dystopian plot of “Animal Farm”. But how did the spectators know, who was who in the play then? The wise boar Old Major, the hard-working stallion Boxer, Napoleon, the ruthless boar, or the hens and dogs? 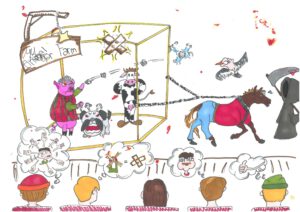 Well, the excellent actors were so versatile in their way of acting that they only needed their voices and their gestures to imitate the animals: They barked like dogs, they snuffed like pigs, they neighed like horses and cackled like hens. This was very impressive for the audience, but could be also a bit confusing. However, the students had no problem understanding the play, because the novel had also been read, analysed and discussed at school. So, as the plot unfolded into a dystopian society with inequality among the animals and a dictatorship where some stop at nothing for their own benefit and exploit their own species, the students found a difference between the original plot by Orwell and the performance on stage: They missed the boar Squealer, the deceptive and persuasive propaganda minister of “Animal Farm”, whose job was done by a dog. But despite some differences the devastating message of “Animal Farm” was nonetheless obvious for everybody, and unfortunately is still true in the present in some respects: “All animals are equal, but some animals are more equal than others”.

For lots of students, this was their first experience in a theatre. So, thanks to our teachers for offering us this unique cultural experience. Some students were even so impressed by the event and so creative as to draw cartoons about the event. 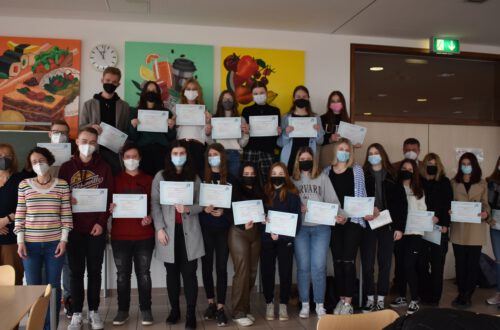 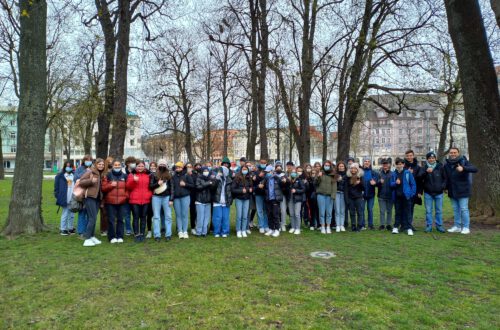 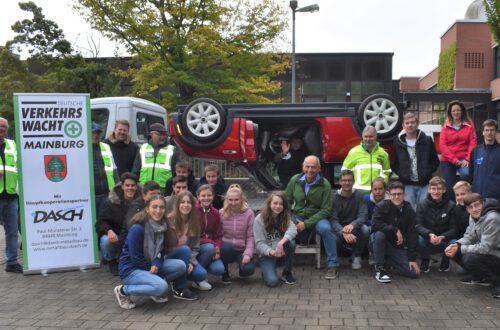 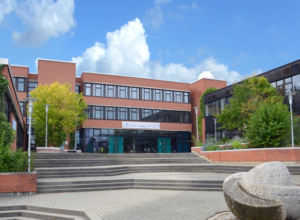 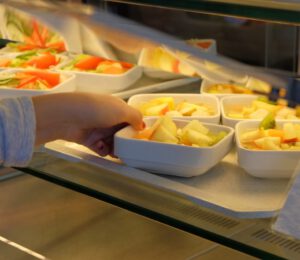